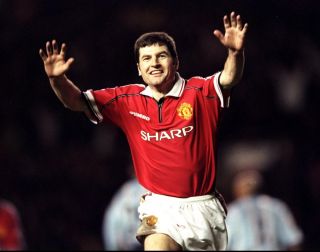 United lost 2-1 to Swansea City in Van Gaal's first Premier League game in charge - dampening some of the initial optimism that had surrounded the Dutchman's reign at Old Trafford.

After a woeful campaign under David Moyes last time out, United had looked in good form during their close-season preparations and will be eager to restore the feel-good factor when they face Sunderland on Sunday.

Irwin - who won seven league titles, three FA Cups and the UEFA Champions League during his 12-year stay at Old Trafford - has no doubts Van Gaal will bring the best out of United's squad this season.

"We had a fantastic pre-season, we played some real top teams across in America and beat Real Madrid, Liverpool and Roma, so there was a huge amount of optimism around Manchester United since Louis van Gaal took over and one result shouldn't spoil that," he told Perform.

"We didn't play well [against Swansea], the result wasn't great, obviously not a great start, particularly at home, but there's a long way to go.

"The manager has only had the players a month or so, he's still getting his ideas across. Eventually we will get better and better with more preparation time because unfortunately we are not involved in Europe this year.

"In hindsight that might be a good thing. We saw what Liverpool achieved last season with a bit more rest so I still have huge optimism for this season, I really have."

However, the former Netherlands coach has not been involved in a flurry of transfer activity and handed starts to young pair Tyler Blackett and Jesse Lingard last week.

Irwin, who played alongside stars of the much-vaunted 'Class of '92', feels United fans should be buoyed by the inclusion of fresh talent in Van Gaal's starting teams.

"We've always had players come through from the academy. We were blessed in the '90s with so many coming through at one time," he continued.

"You know, [Ryan] Giggs, the two [Gary and Phil] Nevilles, [David] Beckham, [Paul] Scholes I could go on and on. Danny Welbeck is still there or thereabouts coming through. He's been one of our main players in the last few years.

"We've always had young players coming through so hopefully that trend will continue and it's great that the manager will look at everybody and not be afraid to throw young players in there."