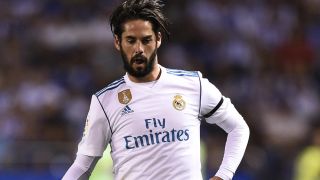 Isco has agreed to a new contract with Real Madrid, according to club president Florentino Perez.

The attacker has made a bright start to the season, and starred during the international break, scoring a brace for Spain in a 3-0 World Cup qualifying win over Italy.

Isco is contracted until mid-2018 but Perez said a renewal had been agreed, with the club to announce the deal in the coming days.

"Isco arrived here when he was very young and all he has done is improve," Perez told Cadena SER.

"He is currently playing as we believed he would turn out.

"We will be announcing his contract renewal in the coming days, a renewal which is a done deal."

Isco has made at least 30 league appearances in each of his four seasons at Madrid after arriving from Malaga in 2013.