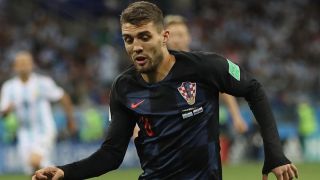 Croatia midfielder Mateo Kovacic provided a positive update on his shoulder injury, saying it was "all good".

Kovacic suffered the injury during his team's penalty shoot-out win over Denmark in the World Cup last 16 on Sunday.

The Real Madrid midfielder played out the clash – which his team won 3-2 on penalties after the 1-1 draw – despite hurting his shoulder in a fall.

Amid concerns Kovacic could be facing a spell on the sidelines, the 24-year-old revealed his shoulder was OK.

Croatia face hosts Russia in a quarter-final in Sochi on Saturday.