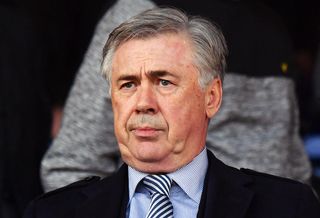 Iwobi sustained a hamstring injury in last week’s goalless home draw against Arsenal and was replaced by Cenk Tosun.

Lucas Digne, Djibril Sidibe, Fabian Delph and Gylfi Sigurdsson all returned to action after injury against the Gunners, while it remains to be seen what role Ancelotti will hand to fellow Italian Moise Kean, who stepped off the bench for the final 10 minutes last Saturday.

Johann Berg Gudmundsson could return to the Burnley squad. The winger has been absent since suffering a hamstring injury while on international duty with Iceland in October.

He played 90 minutes for the club’s Under-23 side on Saturday and come through the match unscathed, after playing for an hour in a behind-closed-doors game last week.

Gudmundsson’s return could be a timely one with Jeff Hendrick suspended after receiving his fifth yellow card of the season in the win at Bournemouth. Aaron Lennon missed training on Monday due to illness but it is hoped he will be fit in time for Boxing Day.