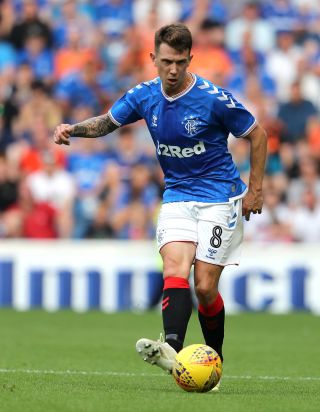 Gerrard sought an extended deal for the Scotland international after being impressed with his attitude and performances.

The former Aberdeen skipper has now been handed two extensions during Gerrard’s time and has committed his future until the summer of 2023.

Jack joined Rangers in the summer of 2017 but his Ibrox career only took off when Gerrard arrived 12 months later. He was sent off four times before his debut campaign was ended by a knee injury before new year.

The 27-year-old told Rangers TV: “The gaffer came in and showed great belief in me and said to get my head down and work hard. That’s what I did and he has shown great faith in me and I hope to repay that in the next few years.

“I’m delighted to commit my future and the club have shown great ambition to get me re-signed on a new deal.

“The gaffer had said he wanted things done and I am delighted to stay. I am over the moon and I am looking forward to the future now.

“In football, you never know what is around the corner, but for me, I just wanted to get my head down and work hard while not really overthinking what is in the future or what is to come.

“I just deal with what is happening now, and I have always been that way. That thought process has done me well to now, so I won’t really change that.

“But look, the club have shown great ambition with the length of contract they have given me, so I am looking to try and repay that in the next three-and-a-half years.”

Jack, who could return from injury when Rangers face Porto in Portugal on Thursday, added: “It is a very exciting time as I think we have a very good squad and a lot of competition for places. There is a lot going well at the minute – we are in a tough Europa League group but it is one we are ambitious to do well in.

“There is a lot going for the club at the moment and there is a lot of positivity. We just want to keep that doing, and from now to the January break, keep winning games and see where that takes us.”

Gerrard added: “We’re delighted that Ryan has extended his contract with the club. He is a very easy to manage and is a real leader and winner on the pitch.

“Ryan sets very high standards for himself and for others around him and that is exactly the kind of player and mentality that we want in throughout our squad.

“We believe that there is a lot more to come from him before he reaches his potential and we look forward to working with him for the next few years.”