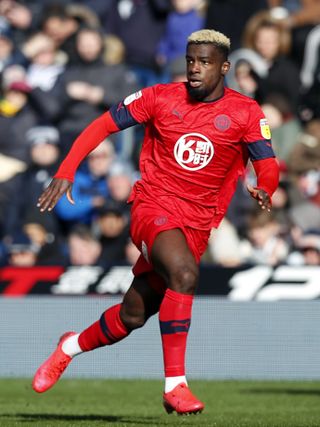 Wigan carried on where they left off before the coronavirus-enforced hiatus with a 2-0 victory at Huddersfield to move three points clear of the Sky Bet Championship relegation zone.

Jamal Lowe celebrated by taking a knee in tribute to the Black Lives Matter movement when he opened the scoring with a close-range finish midway through the first half while former Town winger Anthony Pilkington’s deflected effort shortly after the interval extended Wigan’s unbeaten streak to seven matches.

The Latics had beaten automatic promotion favourites Leeds and West Brom prior to football’s shutdown and while it understandably took them time following the long lay-off to find their stride, they were worth the three points at the John Smith’s Stadium.

The rustiness was evident as sloppy first touches and misplaced passes punctuated the first quarter of an hour, but Town striker Karlan Grant was perhaps unfortunate to be flagged offside after threatening to go clean through.

Clear-cut chances were at a premium throughout and Pilkington’s tame shot was the first on target just before the drinks break but the Wigan winger would have a hand in a slightly fortuitous 26th-minute opener.

Pilkington released Kieffer Moore, whose low right-wing cross took an unintended deflection off Harry Toffolo and led to Lowe instinctively chesting into the net before immediately taking a knee as he celebrated with team-mates.

Huddersfield responded well to going behind at half-time as Emile Smith Rowe dragged wide while only a stunning save from David Marshall kept Wigan ahead at the interval.

Huddersfield captain Christopher Schindler may have got the faintest of final touches to Juninho Bacuna’s free-kick on the left but the Wigan custodian was able to reflexively claw the ball away.

The visitors doubled their lead three minutes after half-time as Antonee Robinson, playing for the first time after undergoing treatment for a heart issue which led to his transfer to AC Milan being cancelled in January, found Lowe.

Lowe teed up Pilkington and the midfielder who made more than 100 appearances for Huddersfield between 2009 and 2011 spun and got a feeble shot away, and Lewis O’Brien’s attempted interception diverted the ball into the net.

Huddersfield brought on Alex Pritchard almost straight after conceding the second and he shot wide, as did Grant shortly afterwards, with the home side seeking a route back.

They were seeing plenty of the ball and manager Danny Cowley also introduced Elias Kachunga, Jon Stankovic, Andy King and Demeaco Duhaney before the final quarter of an hour in an attempt to shake things up.

But after Huddersfield had used their full quota of substitutions, Bacuna suffered a knock and hobbled around for the last few minutes, where Toffolo forced a routine stop from Marshall to preserve his clean sheet.

Substitutes Lee Evans and Joe Garner brought a double save out of Lossl on an afternoon where Wigan moved up to 17th in the table, leapfrogging Huddersfield, who are just two places and one point above the drop zone.