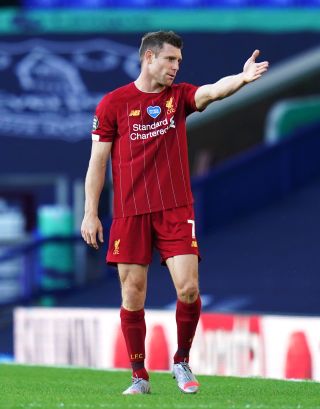 Liverpool midfielder James Milner has warned his team-mates it would be “criminal” for them to lose their focus after one Premier League title triumph.

Jurgen Klopp’s side ended a 30-year wait for a domestic championship and have celebrated accordingly since it was confirmed in June.

Form dipped once the title had been secured, with two of the three league defeats they suffered all season coming in their final seven matches, while their 100 per cent home record also fell in a draw against Burnley.

The players are currently on a three-week break before pre-season begins but Milner, winner of two titles in three years with Manchester City, insists they have to be switched on when they return.

“I think it’s getting that balance right. We have to enjoy it because we know how hard it is to win trophies,” the 34-year-old told liverpoolfc.com.

“We’ve been very good to do it but also lucky to win the amount of trophies we have had this year.

“Trent (Alexander-Arnold) thinks it’s absolutely easy, he just turns up and wins trophies every year, but I can assure you, with the amount of years I’ve had in my career, it’s not that easy.

“But it’s a short career and you don’t want to waste a season or two seasons thinking, ‘We were that good a team but we took our eye off the ball and didn’t deliver.’

“That would be criminal and something we definitely don’t want to look back at.

What a year 🙌🏻🏆Wish we could have shared the celebrations with the fans… hopefully we'll get the chance to do that soon – and give you even more to cheer next season 🔴 #weareliverpool#champ19ns#ynwapic.twitter.com/BlDTdyaMY6— James Milner (@JamesMilner) July 27, 2020

“We have to do our job, get on that field and be even better. If we’re at the level we’re at now next season, it won’t be good enough.”