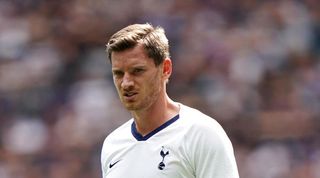 Jan Vertonghen wants to extend his stay at Tottenham beyond this season.

The Belgium international is out of contract next June and does not know whether he will be offered fresh terms by the club.

According to Football Insider, the former Ajax stopper is keen to remain in north London.

However, Vertonghen turns 33 in April and Spurs chairman Daniel Levy may only offer him a short-term deal.

The defender was left out of Mauricio Pochettino's starting XI for Tottenham's first three games of the season.

He has since returned to the fold, though, and was impressive in Saturday's 4-0 thrashing of Crystal Palace.