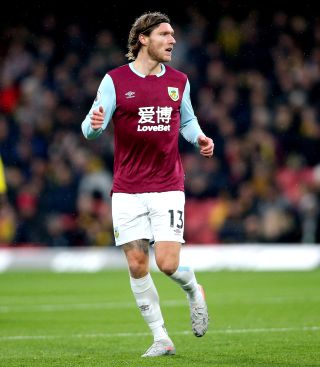 Jeff Hendrick is desperate to prove himself all over again at Newcastle after a summer which saw him linked with a move to Italian giants AC Milan.

The 28-year-old Republic of Ireland midfielder joined the Magpies on a free transfer last week following the expiration of his contract at Burnley after the Premier League side held off competition from Serie A.

Asked about Milan’s interest in him, Hendrick said: “Yes, there was interest there. I know there was a bit of interest and that was it.

“It was a really nice feeling when I was told they were interested. Everyone knows that club, it’s massive, so it gave me a bit of a confidence boost, I have to say.”

Instead, the former Derby player will resume his career on Tyneside – he has not played a competitive game since March – and is hoping he can do so in the central midfield role he prefers.

He said: “I had a great four years a Burnley. I really enjoyed it, we did some great things. But for me it was a great challenge probably to get back to playing in the middle where I see myself more as a player.

“There were a few different things. I don’t want to take away how much I enjoyed my time there at Burnley, but I’m 28 now and it was time for something different.”

Hendrick was keen to emphasis his pride at what the Clarets had achieved during his four years at Turf Moor and beyond, but believes his switch to Newcastle represents a step up.

He said: “I know people all around the country look down at Burnley just because it’s a little team, little club, little stadium, whatever, but they are a solid Premier League club now.

“They’ve been there for four years, this is going to be their fifth year in a row – they’ve established themselves as a Premier League club, so I don’t want to disrespect that because the manager, the lads, everyone who’s been there over the last few years, as done brilliantly to make that happen.

“But in terms of a club, yes, I think there’s a bit more of a demand from the fans and it’s a massive club in Premier League history, so it probably is a little bit of a step up.”