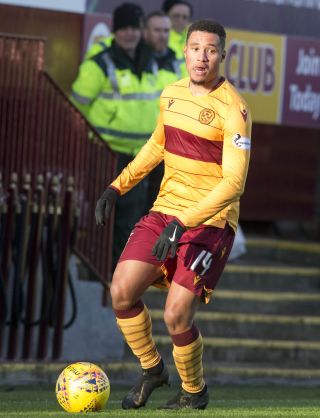 Former Swindon and Solihull Moors player Hylton had an impressive debut season at Fir Park but all five of his appearances this term have come off the bench.

The 28-year-old has signed on for the rest of the season.

County manager Stuart Kettlewell told the club’s official website: “Jermaine is a great addition to our group. He is a player I have liked for a while and we are delighted to be able to take him to Dingwall.

“There is no doubting his pedigree, given the part he played in Motherwell having such a successful campaign last season and taking them to Europe.

“He has pace, quality and technical ability which is exactly the kind of qualities we want to bring to our group. I look forward to seeing him progress and develop here and I am sure his addition will be warmly welcomed by our fans.”

A club statement added: “In other news, Josh Mullin departs Ross County following a request he has made to leave the club.”

The former Livingston midfielder scored 16 goals in his first two seasons in Dingwall and made five appearances this term.