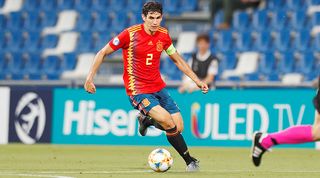 Real Madrid centre-back Jesus Vallejo looks set to complete a switch to Wolves on a season-long loan, according to Marca.

Vallejo, 22, is highly rated but has found first-team opportunities hard to come by at the Bernabeu.

He has previously enjoyed loan spells at Eintracht Frankfurt and Real Zaragoza, and though he was part of the first-team squad at Madrid last season, the €50m signing of Eder Militao has pushed him further down the pecking order.

Wolves, on the other hand, are bolstering their squad ready for a season in the Europa League, having already completed permanent moves for Leander Dendoncker and Raul Jimenez.

9 new rule changes are coming to the Premier League - but are they good or bad?