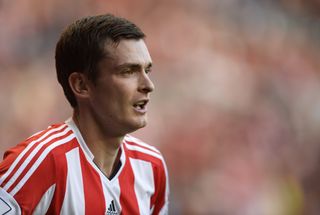 Sunderland, without a league win since a 1-0 success over Everton in April, welcome arch-rivals Newcastle to the Stadium of Light on Sunday with Gus Poyet's side desperate to haul themsleves off the foot of the table.

Poyet's first game in charge ended with a 4-0 defeat at Swansea City last weekend and Johnson has urged his team-mates to put in an improved performance right from the off against Alan Pardew's men.

"Whoever we were playing this weekend it would be a massive game, but with it being Newcastle it's even bigger," the winger told the club's official website.

"We've got to take the positives we can, cut out the mistakes and go and try to win the game and get that early goal.

"The way we start is the most important thing. In recent games we have lost momentum when we've conceded a goal and that shouldn't happen, but it can when you are under the cosh.

"It's not nice coming to games as a fan when your team is losing and our position in the league is frustrating. I am the same.

"It's got to change quickly – we need to find a way of winning. It doesn't matter how. We need to get points."