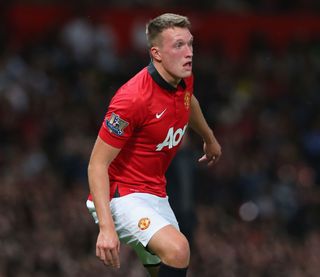 The Old Trafford club were defeated 3-2 on aggregate by Real Madrid in the round of 16 in last year's tournament, with winger Nani receiving a controversial red card in the second leg at Old Trafford.

But England international Jones feels that the club are capable of reaching the latter stages of Europe's premier competition.

And with the draw due to take place on Thursday, the 21-year-old is itching to find out what challenges United will face in the competition.

"Champions League draw day is a day you always look forward to," he told the club's official website.

"It's always exciting to watch it and see the balls being drawn out of the hat. It'll be interesting to see who we get.

"We all know what happened last season - football can be a cruel game at times. But hopefully we can do well in it again this year and really stamp our mark in the Champions League.

"It's always been a huge competition for this club. We want to continue the success the club has had in it in the past."

Manchester United have been seeded in pot one for the draw, which takes place in Monaco.