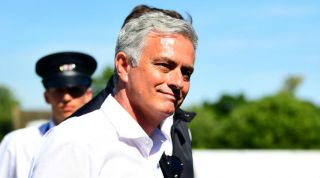 Mourinho, who was sacked by Manchester United last year, is yet to return to management.

In the meantime, he has delved into punditry and worked for Sky Sports in the UK.

Mourinho's time off has given him a chance to reflect on his career and, as reported by ABC, he sees his time at Real Madrid as the most rewarding.

"Real Madrid was my best experience because of what I learned as a coach, as a man, because of the lessons I took in my career and in my life," he told Portuguese TV channel 11.

"It is the best memory of my career, it was fantastic."

Even though Mourinho enjoyed major success at Porto, Chelsea and Inter Milan, he felt perfectly matched to the challenges Madrid posed at that moment in his career.

The Portuguese steered los Blancos to Copa del Rey victory over Barcelona in 2011, then a record La Liga points haul the following campaign.

"What they asked me at Real Madrid went with my nature," he said.

"They told me that we had the best team in the world on the other side, that they were crushing us and we had to reverse the situation."

"We had to prevent Barça from crushing us and that's why the Mestalla cup final is the most important.

"From there nothing was the same. We won the league, the Super Cup, but nothing was like the cup final."

Quiz! Can you name every country Cristiano Ronaldo has scored against?

The 10 youngest goalscorers in La Liga history – but where is Ansu Fati?