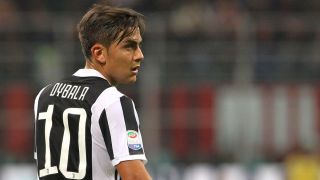 Manchester United have been linked with a move for Dybala, who dropped out of Juve's starting XI last month which sparked doubts over the Argentina international's future in Turin.

After Philippe Coutinho's blockbuster sale to LaLiga giants Barcelona, Marotta was asked what he thought Dybala was worth before Juve's 1-0 win over Cagliari on Saturday.

"The January transfer window is about repairing your squad and fortunately we are covered in all departments," he told Mediaset Premium.

"We haven't put a price-tag on Paulo, so it's difficult to make an assessment. We have no intention of putting him on the market."

Dybala was forced off with a hamstring injury in the 50th minute as Juve won in Sardinia, having only just worked his way back into the starting XI.