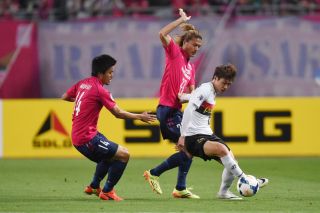 Rock-bottom Incheon have taken just four points from a possible 27 in the top flight this term and have not scored since the opening day of the campaign.

Kim Bong-Gil's men also come into the clash off the back of two defeats and, as such, will not relish a trip to the Steelyard Stadium.

The defending champions are setting the pace in a bid to win back-to-back titles - leading the division by two points from Jeonbuk Motors - thanks partly to in-form striker Kim Seung-Dae.

He has scored in each of his last seven games for Pohang and his winner against Seoul on Sunday took his tally for the season into double figures in all competitions.

The leaders could extend their cushion at the top to five points with victory - providing Jeonbuk Motors are beaten by an out-of-form Gyeongnam.

Motors booked their AFC Champions League progression on Tuesday thanks to a 0-0 draw with Melbourne Victory and will be aiming to now clinch a third straight K-League victory.

Along with Pohang and Jeonbuk, Seoul also progressed past the Champions League group stages and they return to domestic action with a trip to Suwon Bluewings on Sunday.

Ulsan are the only K-League representatives to drop out of the competition, but they can bolster their domestic challenge with victory at Sangju Sangmu, while Jeju United welcome a Busan I'Park outfit who are able to move into the Championship Round places with victory.

A win for Yoon Seong-Hyo's charges will move them into the top six if Jeonnam Dragons are beaten by Seongnam or if Ulsan lose at the Sangju Stadium.