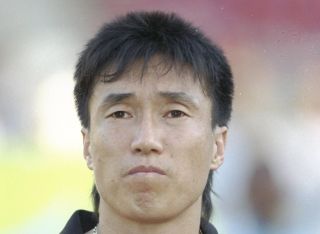 Ulsan were the only side with a 100 per cent record after three rounds of action, but came unstuck at Jeonnam as Stevica Ristic's eighth-minute goal proved decisive.

The victory saw Jeonnam move level with their opponents at the summit on nine points, although Ulsan hold on to top spot by virtue of their superior goal difference.

Two points behind the leading duo are Jeonbuk Motors and Busan I'Park, both of whom dropped points on Wednesday.

Jeonbuk went down 3-1 at home to reigning champions Pohang Steelers, who have now won successive games following a poor start to their title defence.

After losing their first two matches, Hwang Sun-Hong's men got back on track with a 2-1 win over Suwon Bluewings on Saturday and were victorious again at Jeonbuk, despite having to come from behind.

Kaio's sixth-minute penalty gave the hosts an early advantage, but goals from Ryu Chang-Hyun, Lee Myeong-Ju and Kim Seung-Dae condemned Jeonbuk to their first league defeat of the season.

Busan needed a stoppage-time equaliser from Nikola Komazec to earn a 1-1 draw with Sangju Sangmu, who had gone in front through Lee Seung-Hyun's penalty three minutes before half-time.

Incheon United are rooted to the foot of the table with one point from four games after Kwon Wan-Kyu's 27th-minute strike earned Gyeongnam a 1-0 success over the strugglers.

Elsewhere, Seongnam and Seoul both claimed their first wins of the season, enjoying 2-0 home victories over Suwon Bluewings and Jeju United respectively.