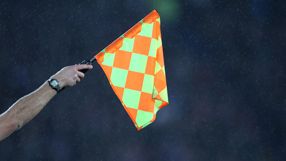 Relegation-threatened Kaliakra were furious when Ivaylo Stoyanov was put in charge of the game between ninth-placed Cherno More Varna and CSKA Sofia, who are third, on Sunday.

Kaliakra complained about Stoyanov's refereeing of their 1-0 home defeat by Slavia Sofia at the end of February and called for him to be punished by the Bulgarian federation.

"Instead of imposing a heavy ban on Stoyanov, the Bulgarian Football Union (BFU) "rewards" him with the appointment for such a crucial match," Kaliakra boss Tsonko Tsonev said.

Tsonev, who is also mayor of the Black sea town of Kavarna, informed match officials that the lack of ambulances available for the game was the formal reason for Saturday's cancellation.

"I'm saddened to announce that there's no ambulance at the stadium due to technical reasons," Tsonev told the local bTV Action station that broadcasts Bulgarian league games.

Kaliakra instead organised an unofficial 'friendly' in which Levski midfielder Daniel Dimov suffered an ankle injury and had to be taken to hospital in a security car.

Kaliakra coach Antoni Zdravkov was disappointed that the game was called off and said he might leave the club.

"It's not normal, this is not the way to protest," he said. "I was trying to convince Tsonev to the very last minute that we should play the game. I have no idea whether I'll continue work. It's possible to leave by mutual consent."

Six top-flight teams, including Kaliakra, gathered in the capital city Sofia on Wednesday to express their opposition to the way they claim to have been treated by the BFU with local media calling the meeting "a revolt of the small clubs".

"They should stop mocking us," Tsonev said. "Basta (Enough) - as they say in Italian. We have to react in some way."

Pirin Blagoevgrad and Vidima-Rakovski, the bottom two sides in the 16-team standings, supported Kaliakra's boycott by delaying their league matches by several minutes on Saturday.

"We'll continue our protest if the BFU continues with their outrages," Pirin president Emil Nakov said.

The BFU will discuss possible sanctions against Kaliakra next week and Levski are likely to be awarded a 3-0 win.

Kaliakra are 14th with 16 points from 18 matches. Levski are second on 38, eight points behind leaders Litex.