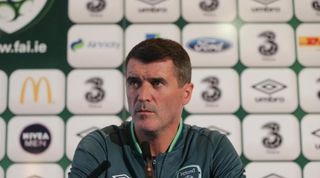 It had been rumoured that the ex-Manchester United midfielder, who spent the final season of his playing career with Celtic in 2005-06, was edging towards opting to take over at Parkhead.

However, the 42-year-old has now ended the speculation, with the Football Association of Ireland (FAI) stating that Keane has decided to stay as number two to head coach Martin O'Neill.

The FAI posted on their Twitter account: "Roy Keane has confirmed that he will travel to the US after deciding not to pursue talks with Celtic any further."