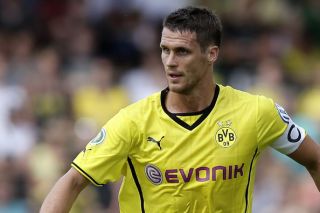 Of the 23 nominees, Jurgen Klopp's side were represented only by Polish striker Robert Lewandowski, while their Bundesliga rivals Bayern Munich - who won the treble of silverware  last term - had six players on the shortlist.

The 33-year-old Dortmund stalwart said he assumed more of his team-mates would be recognised by the time-honoured award.

"First of all I haven't seen the list yet, for me it's a new situation, I would have expected a few more (from Dortmund) to show up on it," the defensive midfielder said.

"And I wouldn't exactly see it as justified that there's only one player from Borussia Dortmund.

"But in general, it may be that Dortmund are judged as a team, of course we have a lot of great individual players.

"But we are successful as a team at the end of the day and I think that's not subject to any debate."

Dortmund welcome eighth-placed Stuttgart to Signal Iduna Park on Friday night and Kehl said he was looking forward to a heated encounter.

"In recent years the games against Stuttgart were always highlight matches, at home or away, they were always very rapid and intensive, and that is why I'm assuming that it won't be any different in the game on Friday evening," Kehl said.

"They will be highly motivated and try to keep pace in the league, and that's why it will be an interesting game.

"Moritz Leitner will be back, he's fit again I think, I read it today. We look forward to Stuttgart but of course we want to show our best side at home."

Second-placed Dortmund are one point behind league leaders Bayern Munich, through 10 games.