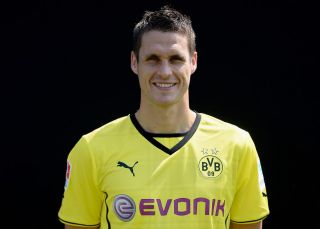 Kehl will be hopeful of returning for the DFB-Pokal final against Bayern Munich on May 17.

"Borussia Dortmund will be without Sebastian Kehl for the next two games," read a statement on the club's official website.

"The team captain is suffering from a torn muscle in his groin area and is expected to be out for two weeks."

The 34-year-old, who is set to retire at the end of next season, has started just 12 of Dortmund's 31 Bundesliga fixtures during an injury-hit campaign.

Kehl will miss fixtures against Bayer Leverkusen and Hoffenheim.

Dortmund's final league game - at Hertha Berlin - takes place on May 10, a week before their cup showdown with Bayern.