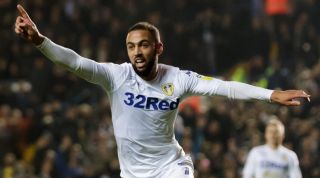 Kompany departed the Etihad Stadium this summer to take charge of the Belgian giants as player-manager.

The Yorkshire Evening Post reports that Anderlecht are showing interest in Roofe, who was Leeds’s top scorer last season with 15 goals.

The striker’s contract at Elland Road is due to expire next summer and Anderlecht are believed to be willing to pay £7 million for his services.

However, a formal bid is yet to arrive and time would be short for the Championship club to find a replacement with less than a week to go until the transfer window closes.

Leeds have sold Jack Clarke to Tottenham this summer, but brought the youngster back to Elland Road on loan for the season.

The 20-year-old striker Rafa Mújica has joined from Barcelona B.

QUIZ! Can you name the 16 African players to win the Premier League?