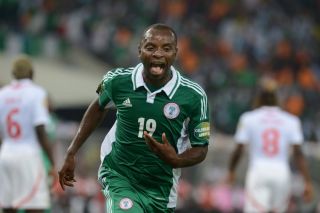 The Nigeria boss opted to withdraw the 25-year-old from his preliminary squad for the competition, along with six other players.

Alongside Victor Obinna, Mba was perhaps the most high-profile casualty with the midfielder occupying a place in Nigerian football history due to his winning goal in the Africa Cup of Nations final last year.

Mba had been late to Nigeria's training camp due to a visa hitch but Keshi also revealed his disappointment at a lack of hunger from the CA Bastia man.

"His lateness to camp contributed (to his missing out) but outside that he did not show the hunger, the fight, we expected for him," he said.

"We have only two and half weeks to prepare for the World Cup and he was not giving us what we wanted.

"He was very relaxed and it was unlike him."