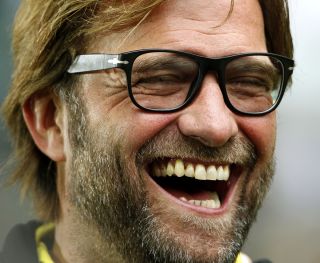 The Germans started their campaign with a loss at Napoli but bounced back to defeat Marseille comfortably on the second matchday.

Klopp's men travel to the Emirates looking to potentially leapfrog their opponents at the top of Group F with victory but 46-year-old coach certainly does not believe it will be an easy task and holds Arsene Wenger's team in high regard.

"(Arsenal) are first in one of the strongest leagues in the world (the English Premier League) so for tomorrow, they are favourites," Klopp said on Monday.

"But I think they will be two close games (on Tuesday and November 6) and the small things will decide what will happen and we have to be prepared for these small situations and details, and we will see."

The German also praised compatriot Mesut Özil, the former Real Madrid midfielder, who arrived at Arsenal in the European summer, and Klopp is of the opinion that he could be the missing piece of the puzzle for the North London club.

"Everybody wanted Arsene to spend 80 million pounds, I don't know, he couldn't find the right player, then he took (Mathieu) Flamini for zero and then he took Ozil for some money and I think he is the player who they have needed," Klopp said.

"I think one year ago, nobody could imagine that it's possible, that they play good football, maybe brilliant football, without (Santi) Cazorla, and he was injured and then they can play with Ramsey and (Jack) Wilshere on the wings and (Tomas) Rosicky's back in good shape."

Klopp will have to watch this one from the stands, following a fierce outburst at the fourth official in Naples on matchday one- but he is confident that his absence will not affect his players.

"When (the players) come into the stadium, they will know everything about the game and, if something happened during the game, then they have a very experienced coach to handle this - I am full of trust for this," Klopp said.