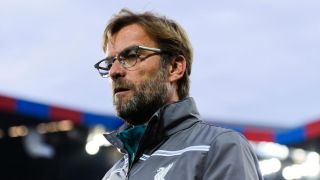 Jurgen Klopp has revealed his fury with Mamadou Sakho after he sent the French defender home early from Liverpool's tour of the United States.

The German revealed that Sakho - who has only recently been cleared of a doping violation which he served a provisional suspension for - had broken team rules three times and now faces crunch talks to save his Liverpool career.

"He nearly missed the departure of Liverpool [on the plane from Liverpool to San Francisco], he missed a training session and was late for a team meal," said Klopp.

"I have to build a group here and we’ve got to start new here. I thought it maybe made sense for him to fly home to Liverpool.

"We have some rules and we have to respect them – if somebody gives me the feeling they are not respecting it I have to react.

"After eight or ten days we can talk about it. We had no argument but I spoke - you cannot argue when only one person is speaking."

When asked if Sakho would be fined, Klopp said he preferred alternative methods of punishment as he seeks a considered and calm outcome to the dispute.

"Fine him? You can ask, and I can explain it in general. I am not interested in the money of the players, actually not really often in my life I have had to fine anybody because I want that we learn together to do the thing that is right.

"Always it is the same with every group. I don't like fining. Sometimes it's funny, when the fine is bulls***. Come on, pay for it, that's nice. But mistakes, fining never helps.

"It's not because they care about money, it's always 'yeah in the moment it hurts but after a while not'. So I want them to do the things because they want to do it, that's all."