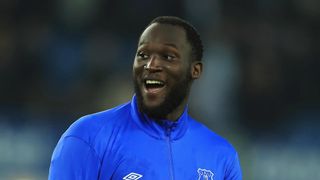 Ronald Koeman is expecting Romelu Lukaku to stay at Everton for next season despite regular speculation surrounding a potential move away from Goodison Park for the striker.

Lukaku has hit 24 Premier League goals in the most prolific campaign of his career, with the 24-year-old regularly linked with a return to former club Chelsea.

But Koeman is confident he will be able to retain the services of the Belgium international.

"I expect that Lukaku will stay because until now I did not hear anything from the board that one club is asking about Lukaku," Koeman told reporters ahead of Sunday's Premier League match at Arsenal.

"You like to keep your best striker, your top scorer, but we also need around that position more productivity.

"Romelu has two years more on his contract. If there is interest in him then the board will know and they will come to the club if they have interest in the player. That is like everybody."

Even if Koeman loses Lukaku, the Dutchman insisted Everton would be able to move on without the striker, although the next top scorer in the squad is Ross Barkley with five league goals.

"In my career, we lost one time Ruud Gullit in PSV [who joined AC Milan in 1987] and everybody was afraid," Koeman said. "And we signed some other new players and won, in 1988, the championship, the [Dutch] Cup, the European Cup. That is football.

"I said before maybe you lose at one side something... but I am not talking about what will happen if he does not stay next season."

While Koeman is bullish about Everton's chances of keeping Lukaku, the situation regarding Barkley is less clear-cut, with the midfielder set to enter the last year of his contract.

Koeman has issued Barkley with an ultimatum, telling the England international he must sign a new deal or risk being sold, and the Everton manager suggested he could freeze Barkley out if he is still at the club next season.

"I don't know," Koeman said. "I don't expect this [situation]. If yes [he is at Everton in pre-season], I need to think about it.

"I will have to talk about the situation but I expect an answer soon after the weekend and not another 10 days.

"We have met with the board, we had several meetings and we know what we want and it's up to the board to make the decisions. If you offer a player a new contract and a good contract that means you like to keep the player. I don't need to explain more."