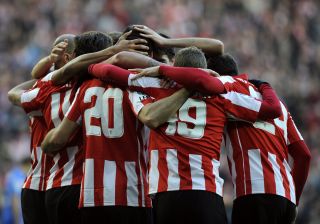 The hosts' unbeaten home record at San Mames appeared to be under threat when relegation-threatened Valladolid took the lead through winger Oscar's 15th-minute effort.

However, Ernesto Valverde's men quickly turned things around after half-time with four second-half goals that sealed a 12th win of the season for Bilbao.

And the points were all but secured eight minutes from time, with Ibai finding the net for a second time as the forward took his tally for the season to six goals.

Ander Herrera added a fourth to compound Valladolid's misery on 86 minutes, although Valdet Rama did net a late consolation for the strugglers one minute into added time.

The result leave fourth-placed Bilbao two points ahead of Villarreal in the race for the final UEFA Champions League place, while Valladolid remain three points adrift of safety.