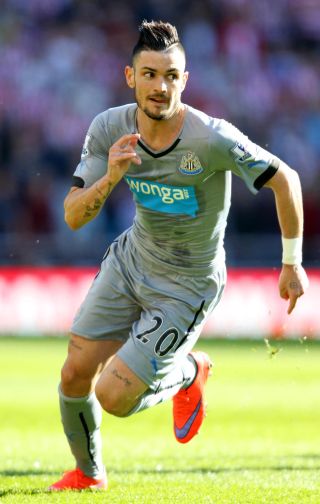 St Etienne’s hopes of Champions League qualification were dealt a blow with a 1-0 home defeat by Montpellier.

Les Verts went into the game having won six of their previous seven games but Gaetan Laborde scored the only goal of the game in the 64th minute in a match where both teams finished with 10 men.

After a goalless first half, Montpellier found themselves a man down in the 53rd minute when Daniel Congre’s challenge on Arnaud Nordin was deemed worthy of a red card after a Video Assistant Referee review.

But St Etienne’s numerical advantage lasted less than 10 minutes when former Montpellier midfielder Cabella picked up his second yellow card of the game for a foul on Laborde.

Laborde picked himself up and put the visitors ahead moments later with a shot from outside the box which found the bottom corner.

It stayed that way until the final whistle, meaning St Etienne stay one point behind Lyon in fourth having played a game more, while fifth-placed Montpellier boosted their hopes of a Europa League spot.