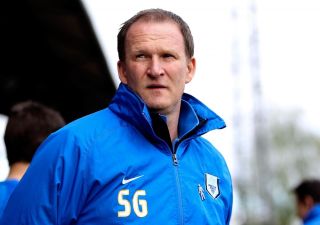 Callum Robinson put Preston ahead from close range in the 19th minute and Paul Huntington wrapped up the win when turning in another cross in the second half.

Swindon Town moved up to third, seven points off the summit and also with a game in hand, thanks to a 3-0 triumph at Chesterfield.

Two goals in four minutes around the half-hour mark put the visitors in control, with Yaser Kasim striking with a fine free-kick and Nathan Byrne also firing in from outside the box.

Andy Williams later ended any hopes of a fightback when netting for the eighth time this season on 70 minutes.