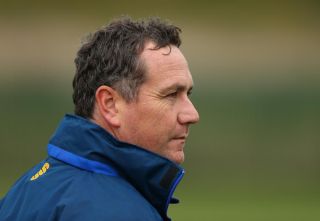 Mickey Mellon's side arrived at Kenilworth Road on Thursday knowing a two-goal victory would see them replace Wycombe Wanderers as league leaders.

However, Shrewsbury could consider themselves somewhat fortuitous to come away with a point as Luton enjoyed the better of proceedings.

The hosts hit the post through Jake Howells early on and applied significant late pressure following the 70th-minute dismissal of Shrewsbury defender Nathaniel Knight-Percival for a second bookable offence.

Shrewsbury remain third in the table, behind Wycombe and Burton Albion having played a game more, while Luton leapfrog Newport County into fourth.