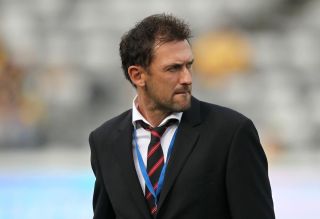 The Parramatta-based club finished top of the A-League in their inaugural season, but fell at the final hurdle as they tried to complete the double - losing the grand final to the Mariners.

Their chance at finals redemption against the Gosford outfit has presented itself in a home semi-final against Phil Moss' men, who are ripe for the picking.

The Mariners saw their own Champions League hopes ended away at Sanfrecce Hiroshima on Wednesday, and will have to recover from the deflating loss quickly in order to be firing to take on the red-hot Wanderers.

Western Sydney have won their past three in all competitions, including 2-0 and 5-0 wins in continental outings, and will be fresher for their week off prior to their five-goal thrashing of Guizhou Renhe.

Popovic's squad also have not had to travel for almost two weeks heading to the fixture, while the Mariners will only have about 48 hours back on Australian soil prior to kick-off.

The Mariners' defensive tendencies might hinder their cause too, with the Wanderers scoring four goals in the final 15 minutes against Guizhou in a rampant finish.

Mike Mulvey's men have had the benefit of no Asian competition this campaign, and will enter the contest off a 15-day break.

Conversely, Victory will have played four games in the time Roar have played one, and fatigue will certainly be on the mind of Victory coach Kevin Muscat.

Despite their packed schedule, Victory have been in stellar form - unbeaten in five, albeit their 0-0 draw at Jeonbuk Motors spelled the end of their Asian campaign.