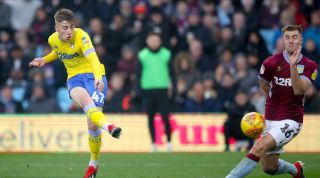 The 18-year-old has enjoyed an impressive breakthrough season at Elland Road, but Marcelo Bielsa’s side fell short of their promotion goal with defeat to Derby County in the play-off semi-finals.

Spurs are considering a move for Clarke, who was named Leeds’ young player of the season, as they target promising English talent.

However, the Mirror believes that the Premier League club have been told they will need to hand over £20 million to secure the winger's services.

Clarke could be sent back on loan to Elland Road after a move, but Crystal Palace could provide competition for his signing.

The youngster scored two goals and provided two assists in 22 Championship appearances last season, and has a contract with Leeds until June 2021.