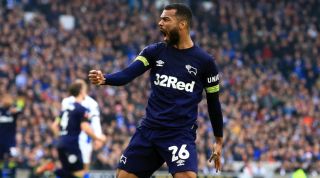 It had the feel of a pointless postscript to Leeds’s heartbreak. Scott Malone slid into an injury-time challenge with Pablo Hernandez, collected his second yellow card and duly departed. And yet it may have facilitated Wembley’s second golden goodbye in the space of 10 days. Enter Ashley Cole for a cameo at Elland Road and, minus the banned Malone, surely a start in Monday’s Championship play-off final.

If Vincent Kompany scripted his departure from Manchester City, perhaps Cole will get the fairytale farewell from English football he long seemed denied. Certainly, there would be no more appropriate venue for the man who has won more FA Cups than anyone else in history.

Admittedly, Aston Villa may object to the narrative. An enigmatic figure may yet surprise. Cole said in January that he expected to retire after his short-term stint with Derby, but has been non-committal of late. Perhaps the prospect of a final Premier League campaign under his old ally Frank Lampard would persuade him to extend his senior career into a 21st season.

Perhaps it will merely be a final Wembley outing, a coda to the career of a constant-turned-exile; the serial winner who has gone six years without silverware. If it's a reminder of Cole’s contribution, it should be an overdue celebration. His England days ended in anti-climax, when he disappeared into retirement after being dropped for the 2014 World Cup. When he left Chelsea, after being displaced by a converted right-back in Cesar Azpilicueta, they used the statement to take a swipe at Arsenal. Perhaps it was fitting, given Cole’s divisiveness then, but reflection should show he was a magnificent player for both capital rivals.

Only he and Nicolas Anelka have won the Double for two clubs, but Cole has long been a homegrown hero turned hate figure at the Emirates. His reputation was scarred by an acrimonious departure and the infamous passage in his autobiography when he said he nearly swerved off the road when he discovered Arsenal were ‘only’ offering him £55,000 a week. With his self-imposed press boycott, Cole long denied himself the opportunity to tell his side of the story. He was portrayed as the epitome of much that is wrong with the game – the greed, the off-field antics – and yet 13 years of elite-level excellence, of high-class consistency, would not have been possible without a continued commitment to high standards.

The more media-friendly, more forgiving figure who has returned from America has belatedly won admirers in an appearance on Sky Sports and an interview in the Daily Telegraph. Those who knew him in his early days at Arsenal can testify that Cole was then seen as eminently likeable and invariably helpful; the antithesis, in other words, of the unwanted image he acquired in between.

And yet in those years, Cole was amassing medals with a collector’s obsessiveness. He won every club trophy, completing a clean sweep of Champions League, UEFA Cup, Premier League, FA Cup and League Cup trophies, as 12 seasons brought 16 honours. He flourished for those enemies and opposites, Arsene Wenger and Jose Mourinho.

Were he 10 years younger, it's easy to imagine him suiting era-defining managers like Pep Guardiola, Jurgen Klopp and Mauricio Pochettino. He was wing-back and full-back in one, trailblazer and traditionalist. At times this season, the marauding Andy Robertson has been doing an extended impersonation of Cole in 2009/10, albeit with more assists. And yet this is an age when converted wingers’ defensive deficiencies are exposed, but Cole’s instincts were such that he became a specialist in goal-line clearances. He fought a series of epic duels with Cristiano Ronaldo.

Why Arsenal should boycott the Europa League final

If the most famous came in Euro 2004, there is a case for anointing Cole as the Golden Generation’s outstanding performer in major tournaments; perhaps only Sol Campbell produced something resembling his best in as many. Even then, that was another ending that contained cruelty. Cole was a deceptively good spot-kick taker, converting pressure penalties in the 2008 and 2012 Champions League finals. His last kick of a ball for England on the larger stage came from 12 yards at Euro 2012. Gianluigi Buffon saved, and so the only Ashley to play left-back for England in a semi-final is Young, not Cole.

Yet look at the leaderboard and Cole’s 107 caps mean he is sandwiched between Bobby Moore and Bobby Charlton, two of the greats. His longevity is such that, while others have retired and David Seaman turns 56 in September, he is the last survivor of England’s 2002 World Cup squad.

If, for much of the subsequent 17 years he has been misunderstood, as Cole nears the end, it should be with a widespread appreciation of how good he really was.

PL 7 new rule changes are coming to the Premier League – but are they good or bad?