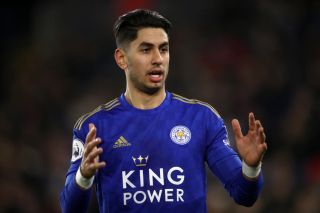 Perez has yet to receive a call-up to the national squad, but Rodgers feels the 26-year-old is showing the kind of form that makes him a worthy candidate.

After scoring 48 goals in 195 appearances during his five seasons with Newcastle, Perez has so far weighed in with seven goals and a number of assists in his 30 matches to date with the Foxes following a £30million move last summer.

Asked whether Perez had a chance of a Spain call-up, potentially even ahead of this summer’s European Championship, Rodgers replied: “I wouldn’t be surprised.

“They’ve some very talented players, but he’s someone, if you’re playing at the top end of the most competitive league in the world, and you’re producing, then I believe you’re going to be in with opportunities.

“He just needs to focus on his club form, work well, perform consistently.

“If he can do that, then I’m sure, come this summer, there will be an opportunity for him.”