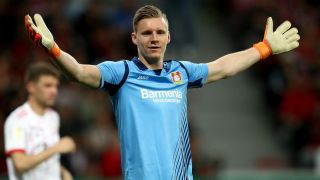 Arsenal have made another move in the transfer market, bringing in goalkeeper Bernd Leno from Bayer Leverkusen.

The Germany international is the second signing made by new boss Unai Emery, following the capture of Stephan Lichtsteiner, and his arrival underlines the Gunners' intention to get their business done well before the start of next season.

The reported initial fee of €22million for Leno is relatively modest by recent standards, although it remains a sizeable sum to pay for a keeper.

In fact, it places Leno within the top 10 of the most expensive players in his position in history.

Here is the list in full, based on the most widely reported fees for each deal. Fluctuations in exchange rates have not been taken into account.