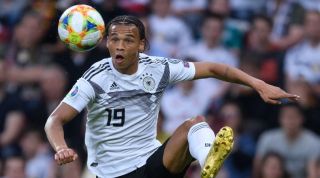 The former Schalke 04 player started just 21 Premier League games for Pep Guardiola’s side last season and has frequently been linked with a move to Bavaria.

Poland star Lewandowski revealed that Sane’s potential arrival is exciting the club’s Germany internationals after the 23-year-old scored two goals in two Euro 2020 qualifiers at the start of the month.

"Bayern's German players are now very much looking forward to Sane's signing, but we have to wait and see what is going on," Lewandowski told Goal.

He added: "In order to have a good performance next season and to overcome Borussia Dortmund, I hope that Bayern can do something in the transfer market this summer."