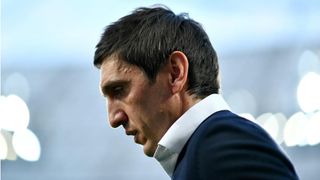 Bayer Leverkusen shall not be extending the contract of head coach Tayfun Korkut into next season, the Bundesliga club's CEO Michael Schade has revealed.

Former Hannover and Kaiserslautern boss Korkut took over the reins at the BayArena in March, following Roger Schmidt's dismissal.

However, the 43-year-old has been unable to salvage Leverkusen's dismal campaign, taking just eight points from his 10 games in charge - claiming just one win.

And, after Leverkusen's 2-2 Rhine-derby draw with Cologne, Schade was blunt on the coach's future.

"He has helped us in a difficult situation, but football is a sport of course, and we can not be satisfied," said Schade.

Leverkusen - who sit in 12th place on 38 points - face Hertha Berlin in their final Bundesliga game of the season.