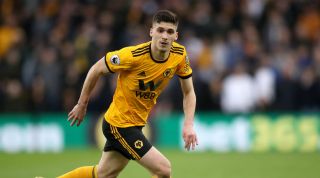 O Jogo say that Vinagre has been watched by both Liverpool and Barcelona, who are monitoring the player closely.

The 19-year-old has impressed in his 14 Premier League appearances this season, and the Portuguese outlet claims that Jurgen Klopp offered kind words in Vinagre's direction after he played well against Liverpool.

Barcelona reportedly sent scouts to Wolves’ impressive win against Manchester United recently, and could also be weighing up a move.

Vinagre himself expressed admiration for Liverpool's attack in an interview previewing their clash with Porto in the Champions League.

“For me, the top three attackers in England are Firmino, Salah and Aguero,” he said. “I really admire the first two. Mané is also very good, but the two are excellent.”

RANKED! Every team left in the Champions League by how likely they are to win it