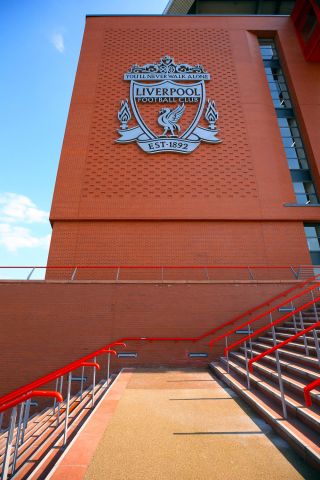 Liverpool Football Club’s controversial bid to trademark the word ‘Liverpool’ has been rejected by the government’s Intellectual Property Office.

The Premier League club insisted their sole aim had been to protect themselves against mass-produced Liverpool FC merchandise and had hoped to trademark the city’s name when used in the context of football products and services.

But, after accepting the IPO’s decision, the club’s chief executive Peter Moore admitted they had underestimated the level of opposition from independent traders within the city, plus local football clubs and Liverpool City Council.

The club said in a statement: “Liverpool Football Club can confirm its application to trademark the word ‘Liverpool’ in the context of football products and services has been unsuccessful.

“The club accepts the decision that has been taken by the Intellectual Property Office, due primarily to what the official judgement cites as ‘the geographical significance’ of Liverpool as a city in comparison to place names that have been trademarked by other football clubs in the UK.

“We will, however, continue to aggressively pursue those large-scale operations which seek to illegally exploit our intellectual property and would urge the relevant authorities to take decisive action against such criminal activity wherever it exists.”

Moore said the club’s intentions had been sincere but they had misunderstood the implications the trademarking would have had on the local community.

“We underestimated the reaction to it,” Moore told the Liverpool Echo. “We had, in very good faith, looked at what we were seeing on a global basis and particularly stuff that was coming into the UK.

“We felt obliged to protect the football club and had looked at other similar situations for clubs that had trademarked their place names in a football context, there are numerous examples.

“We felt that on behalf of the club we needed to do that, but I think it’s fair to say that we underestimated the emotional reaction to it and that’s our bad.”

Moore said the club had met with local businesses to explain their intentions.

“There was no deliberate action to slip it through,” he added. “We filed and got on with our business and obviously as things unfolded the reaction was pretty quick and we immediately engaged with the independent retailers and the local football clubs and met with them.

“(We) reassured them that this was not aimed at them and offered them legal protections for if we had been successful.”

.@LFC is a global brand and plays a big part in showcasing our city across the world. We have a strong relationship with Peter and his team & the club’s importance to the future of this city is without question. We will always work together for the people of Liverpool. https://t.co/FGyH4CO4al— Joe Anderson (@mayor_anderson) September 26, 2019

Liverpool mayor Joe Anderson tweeted: “LFC is a global brand and plays a big part in showcasing our city across the world.

“We have a strong relationship with Peter and his team and the club’s importance to the future of this city is without question.

“We will always work together for the people of Liverpool.”