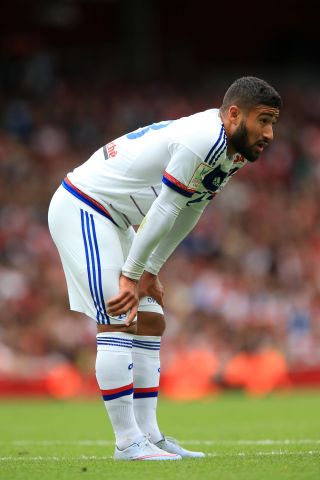 Liverpool have no plans to resurrect a deal for Lyon playmaker Nabil Fekir despite claims to the contrary in his native France.

A year ago the Reds were on the verge of completing a £53million transfer – to the extent that the player had been interviewed for club media and been photographed in a shirt – when they pulled out over concerns about a historic knee injury.

Liverpool sought a second opinion after the initial medical and decided not to risk proceeding with such a high-value transfer.

Reports in France claim they are still interested in the 25-year-old, who is entering the final 12 months of his contract, and there was even a suggestion a five-year contract had been offered.

But Press Association Sport understands the club’s stance has not changed since the player failed his medical and the deal was declared dead.

Lyon president Jean-Michel Aulas has admitted there is “an understanding” to allow Fekir to leave.

However, with the club still wanting around £45million for a player with just 12 months left on his contract it would benefit the Ligue 1 club if they can generate an auction for his services.

Meanwhile, Liverpool have scrapped their pre-season friendly at home to Schalke on Tuesday August 6 as it is just three days before their Friday-night Premier League season-opener at home to Norwich.

Jurgen Klopp’s side have pre-season games at Tranmere and Bradford ahead of a trip to America for matches against Borussia Dortmund, Sevilla and Sporting, before returning to face Napoli at Murrayfield and Lyon in Geneva on July 31.

Schalke, managed by former Huddersfield boss David Wagner, were due to be the visitors for the only summer friendly at Anfield on August 6 but that has now been cancelled.

“The Schalke fixture has been postponed in preparation for the early start to the Premier League season,” said a statement.

“Liverpool and Schalke will work together on setting a rearranged date for the friendly in 2020.”