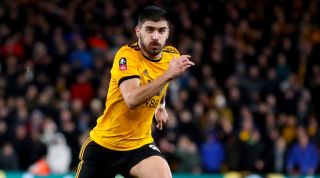 After a fine collective season from the promoted side, Neves is the latest star to be linked with a big move this summer, with Liverpool reportedly waiting in the wings.

One of Jurgen Klopp’s senior coaching assistants, Pepijn Lijnders, has told Portuguese outlet O Jogo that the midfielder’s "technique and professionalism" has won him admirers at Anfield.

Lijnders worked with the 22-year-old in Porto’s youth teams before he joined Brendan Rodgers’ Liverpool team in 2014.

Neves cost Wolves £15.8 million when they signed him as a Championship club in 2017, but his performances in the top flight this season mean that a much higher fee would be expected if Liverpool do make a move.

Lijnders told O Jogo: “I know him very well, his ambition, his passion for the game, his professionalism.

“I know what he gives to the team and this type of player always interests us.

“I recognised him when I saw him at Wolves. I saw technique, professionalism; I saw the 2013/14 player I knew.”