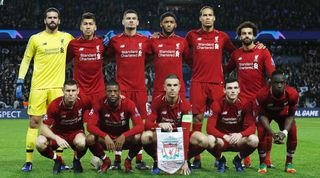 Anfield prepares for another big European night when Porto visit in the Champions League quarter-finals on Tuesday night.

Having reached the final three times in the last 15 years – and with five European Cup titles to their name – Liverpool rightfully have something of a reputation as Champions League specialists.

In the post-1992 Champions League era, 35 Liverpool players have played in Europe’s premier competition at least 20 times. Some tasted glory with the Reds in 2005, and some… well, haven’t been close.

But how many of them can you name? We’ve put seven minutes on the clock for you, and added a star (*) next to players still at Liverpool. When you're done, challenge your mates and send us a screenshot of your score at @FourFourTwo.

QUIZ Can you name the 50 highest Premier League scorers of all time?