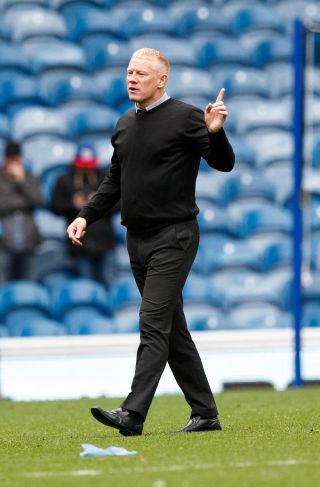 Livingston manager Gary Holt has urged his team to go out and enjoy their “free hit” in the William Hill Scottish Cup.

Holt’s side face a tough trip to Inverness in the fifth round with their hosts sitting second in the Ladbrokes Championship.

Livi saw a five-game winning run end against Ross County in their first trip to the Highlands this week and Holt wants his players to relish their encounter away from the pressures of the league campaign.

Holt said: “They are a good side, play good football, have a bit of pace about their side in wide areas and they score goals from all areas of the pitch.

“So we know what we are facing but it’s a free hit – go and enjoy it, go and embrace it.

“If you take off that fear of three points or a point or we desperately need to win for league positions, it’s a one-off game to go and enjoy. You do that by rolling up your sleeves and putting in the work.

“I want to get through, I want get to the quarter-final, the same as we did in the League Cup. I want to get as far as we can and I want to win it.

“There’s nothing better than a good cup run, there is nothing better for the club and the fans and the people in the area to talk about how well you are doing in the cup.

“We want to progress but we know what we are going to face. We won’t go up thinking we are the Premiership team and we deserve to win. We go up with the game plan, the preparation done properly, and knowing from the first minute to the last we will be in a fight.”