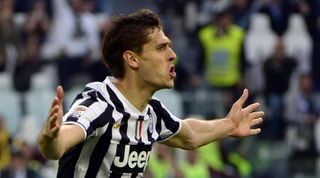 Allegri's side host Udinese on Saturday after making a winning start to their Serie A campaign with a 1-0 victory at Chievo.

During his time in charge of Milan, Allegri was regularly criticised for his coaching style.

But Llorente, who scored 16 league goals last season, backed Allegri to have success at the three-time defending champions.

"Allegri is a coach with a very clear idea of his football and he's transmitting that well to the squad," he told Sky Sport Italia.

"He hasn't been here for long, but you can already tell he's a great coach and has a winning spirit. He will certainly be able to win with Juve too.

"We have several different tactical options and you cannot play every game the same way.

"We'll continue working on alternatives and then the coach will decide how we play from match to match.

"I hope this season to help the team with hard work and many goals. It'd be a dream to improve on the number of goals I scored last term."