Carli Lloyd established herself as the greatest player in women's soccer with a World Cup for the ages — now she has the hardware to prove it.

The U.S. national team star was named the 2015 Women's World Player of the Year on Monday, claiming the honor over Germany's Celia Sasic and Japan's Aya Miyama. 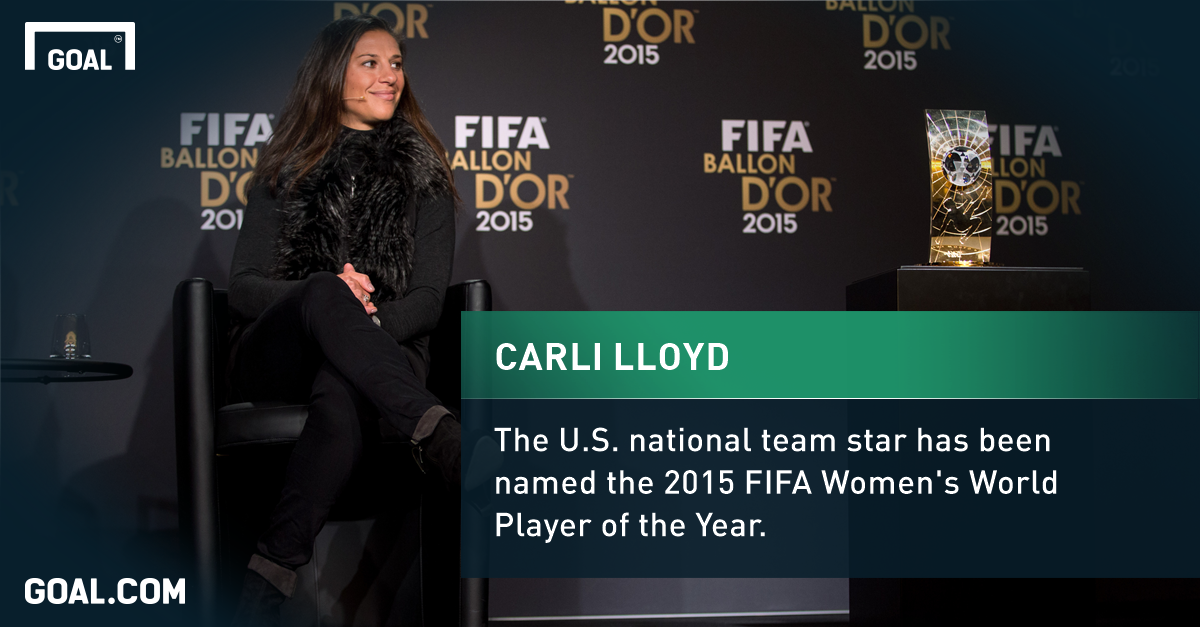 The 33-year-old claimed Golden Ball and Silver Shoe honors at the World Cup, scoring six goals in the knockout stage as the U.S. won its third title. She capped the run with a historic hat trick in the opening 16 minutes of the 5-2 final win over Japan, with her third strike — an audacious lob from midfield — also earning her a nomination for the FIFA Puskas Award.