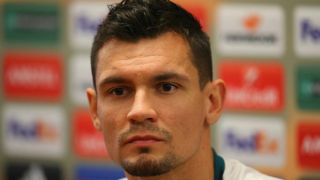 Ante Cacic sent Lovren to warm up with the other substitutes, only for the defender to return before the rest of the group and take his place back on the bench.

Lovren's international future could be in doubt with Euro 2016 on the horizon due to Cacic's criticism, with the coach insisting he will not tolerate the former Southampton player's behaviour.

"He did not refuse to get on the pitch... because no one invited him to come on," Cacic told Sportske Novosti.

"But do you think it is up to Lovren or any other player to decide how long will he warm up? Or is it [the] coach's decision?

"Also, I didn't specifically tell him to warm up, I told all the benched players because it was cold in Budapest. So all of them went to warm up.

"I will not tolerate such behaviour because no one is more important than the team. Lovren made [a] step backward, away from our squad.

"We didn't talk after the match, we will see what is going to happen, but I will not tolerate such acts and he made [a] wrong move."