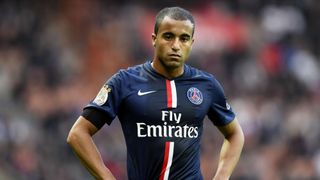 The Brazilian picked up the problem in the 2-2 draw with Caen two weeks ago, and has not featured since.

Lucas has been a key component of the PSG side this season, with seven goals in 24 league outings.

But Friday's announcement will see him miss all of March, including a Ligue 1 meeting with Monaco and a Coupe de France quarter-final against the same opponents.

Lucas is also set to miss the second leg of PSG's UEFA Champions League last 16 tie with Chelsea, which is finely poised at 1-1 after the first leg in Paris.