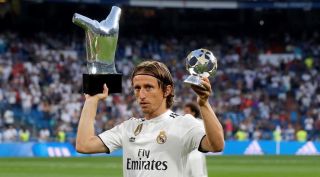 That is the opinion of Milan chief football officer Zvonimir Boban, who conceded that the Ballon d’Or winner was a difficult target for the Serie A side.

"He's a great player but it's difficult to sign him. He didn't want to leave Madrid after a bad season."