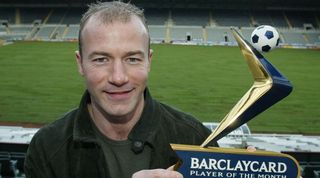 This campaign’s inaugural Premier League Player of the Month award has been dished out, with Teemu Pukki (have that first answer on us!) picking up the gong for his scintillating start to the season.

The Finnish striker has performed to an other worldly standard in the opening exchanges of the new campaign, bagging five goals and an assist in Norwich’s opening four games. If he keeps up his current scoring rate he could be on for more plaudits in the near future. Teemu Pukki, 2019 PFA Player of the Year, Golden Boot recipient and Balon D’Or winner, sure has a lovely ring to it...

The 29-year-old becomes the first player to win a Player of the Month award for a newly promoted side since 2014, when a certain QPR striker was also rewarded for bagging five in December. Do you remember who it was?

How good is your knowledge of award winners? If you back yourself, have a go at naming all 28 recipients of the Player of the Month award since August 2014. Let us know if you get them all in the eight minutes on the clock by tweeting @FourFourTwo, before passing the link on to someone else who fancies themselves as a football knowledge maestro.

QUIZ How many of the 54 Brazilian goalscorers in Premier League history can you name?

LIST 9 sets of team-mates who absolutely hated each other