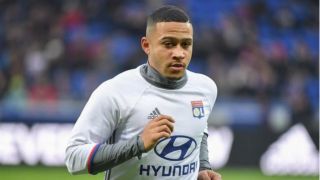 Lyon have been awarded a victory over Bastia after their Ligue 1 meeting last month was curtailed amid crowd trouble.

The match in Corsica was brought to a halt at half-time with the teams level at 0-0, the game having already been delayed by 55 minutes after shocking scenes saw some Bastia supporters enter the pitch and confront Lyon players during the warm-up.

Bottom-of-the-table Bastia must play their next three home matches behind closed doors at a neutral venue, while the club's fans will not be permitted to attend their next four away games.

In response to the LFP's investigation being launched, Bastia revealed plans to develop the Stade Armand Cesari to "maximise security".

Bastia are two points from safety with three rounds to play in Ligue 1. They have to travel to Paris Saint-Germain and Marseille, either side of hosting Lorient.